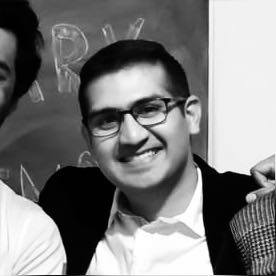 Roshan spent the first fifteen years of his life in Ongole, a hot and dry town on the south eastern coast of India. After spending two years in Hyderabad eating biryanis and reading random fiction from his mother’s book collection, he moved to Mumbai to study Electrical Engineering at IIT Bombay. Five years in this beautiful and chaotic city on the western coast of India gave him many friends and taught him many things – the most influential was the realization of his love for biology. After long thought and deliberation, he decided to act on this emotion and wanted to understand what life is. Switching from engineering to science, in 2013, he moved to Vienna in Austria to start a PhD at the intersection of biophysics and evolution. There, he learned as much physics and biology as he could, and successfully finished a PhD on the coevolution of transcription factors and their binding sites. He is now a member of the Hilbert space – in the real world, he’s a postdoc in the Hilbert lab at KIT. He is taking his first steps in performing biological experiments, and plans to understand the interplay between 3D organization of DNA inside the nucleus and gene regulation, using both theory and experiments. Apart from science, his interests are reading, sports, photography, board-gaming and Netflix-ing. When he’s alone, he’s always wearing headphones, and when he’s among people, he likes to talk about “deep” ideas that he has no clue about whatsoever. He wants to learn many new languages, become a sourdough bread baker, and perfect the Hyderabadi biryani. He still doesn’t understand what life is and is not sure when he will.